Yahoo Messenger Old Version download for Android and PC. This is the excellent software application for installing on old version Android phone. Also smartest for the old Windows PC like XP and 7. Yahoo Messenger is comfortable for sending multimedia messages, voice call or video call even. Almost every messenger user has the first video call experience with Yahoo messenger. Becuase this is the oldest video calling app in the history of free internet calling. And now the oldest versions are most popular for Old Android and Old version Windows OS user.

AppsnChat only shares the messenger type voice n video call applications. As a free messenger, we are going to give you the download link for the old software. No any charge need to get it from our server. On March 9, 1998, the first version was launched on this planet. This was the revolutionary application in the kingdom of instant messenger and video calls mania. As a result of this now the oldest of version now. Here all the download link for some elected old versions by popularity and features. 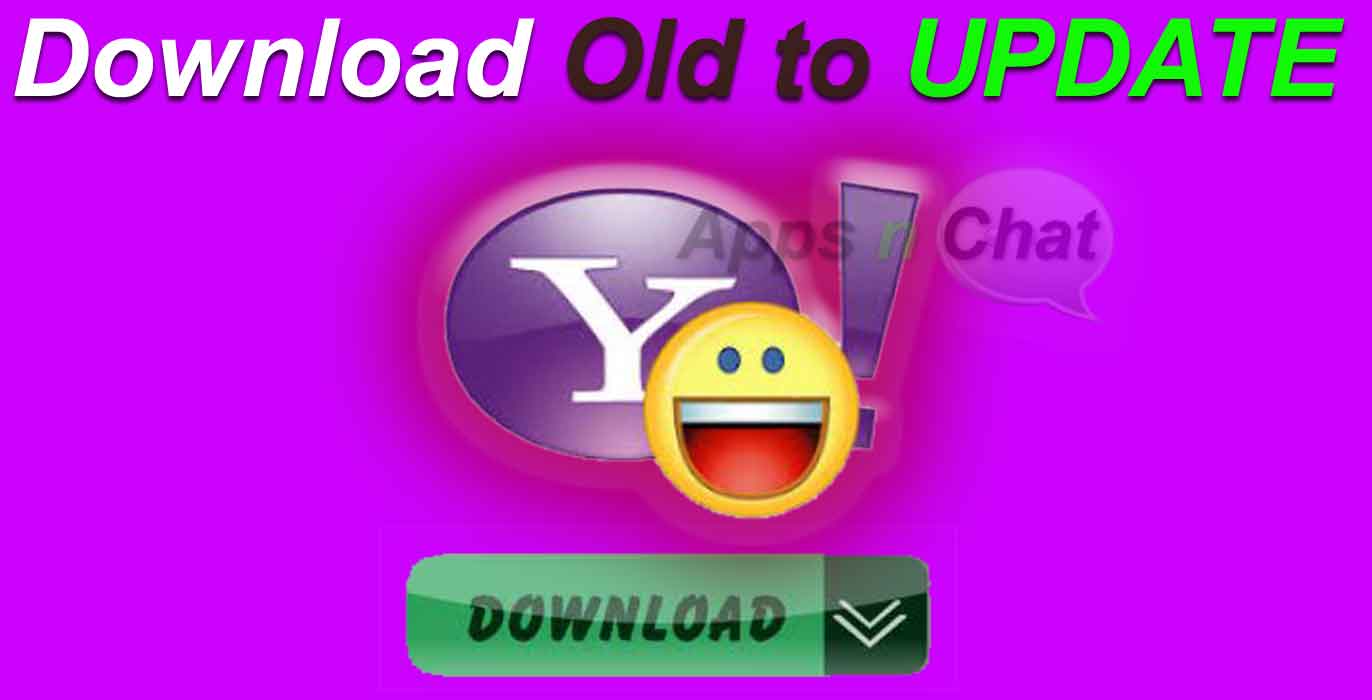 The first and oldest released was on March 9, 1998

Released for only Windows PC. The desktops who have installed the Windows 95 and Windows 98, They ware able to install it on their PC. But it is released for testing the user experience. Were some bugs also! But to say at all, it is really a very exciting one. This is the great proof for the time being and the proof of specialty in Yahoo history.

Windows 2000 was the popular OS on the eve of the 21st millennium. So the Yahoo management team were decided to release a version for Windows 2000. This was the wonderful decision to improve the user experience of this software application users. This called Yahoo Messenger 3.0 and it was only 1.21 megabytes!

Yahoo Messenger 4.2 for built for WinXP

On August 24th, 2001 the Microsoft released the Windows XP. This window was the most popular Desktop OS yet for Pentium II and Pentium III processor PCs. Keeping in touch with the era, Yahoo releases version 4.2 of their messenger. This old version was the mass installed messenger on the XP machines.

This was the version for WinVista 32bit and the 36bit both. Vista can’t keep his popularity. So within few days, people forget the Yahoo Messenger 7.0. But yet some peoples are love to install this oldest version on their XP and Vista PC.

Yahoo Messenger 7.0.0.427 is the first and oldest beta version of Yahoo Messenger. Beta software is for helping the main application to improve the facilities for users. It was the best way to give the better service to the messenger installed user.

Finally, launched for the Windows 7 at 13/11/2009 for win7 pc. The weight of the setup file was doubled! It may be more than 16Megabytes. But the performance is too much better than the oldest. Some awesome features are added to this oldest version.

Iconic One Theme | Powered by Wordpress